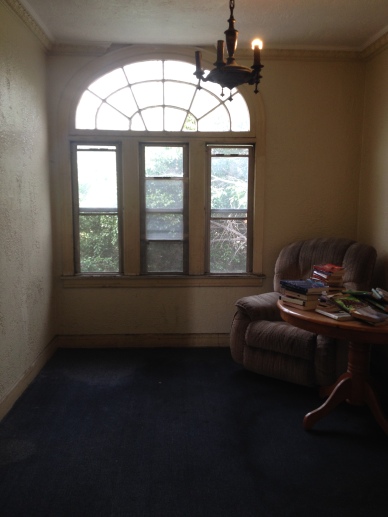 While don’t expect German to have become in, it is the vibe that I get, when Hildegard Knef drags an exhale and turns it into groaning, toasting her early morning vodka to the idea of time lost.

I did not yet give into substance abuse for the purposes of survival. But I did indulge into 2 new hobbies, as I navigate Los Angeles.

My new hobby #1: Stumbling upon the streets of Havana, when I ride along the sidewalks of Los Angeles, too slow to give into the fight with cars. There’s just so much to look at. I almost get high on remembering how much I like big cities, and how none ever seem as big as Madrid, you little bitch of a small town.

Expect escapist tales of how I never met my heroes, but did spend time observing every single little thing around me.

Like today, I went to see a rehearsal of a video-installation piece at the Fisher Museum, and thankfully got lost, and discovered the monument to the 10 of Hollywood. I now know what people talk about when being moved to tears by pieces of art and history. Standing on pieces of injustice, all I thought is how important it is to do something, to fight back.

My new hobby #2: Figuring out who is crazy and how I do. The two examples being extreme enough that one gets to decide, drama or epic.

In the drama version, I am introduced to a potential landlady, under the pretense that she’s a nice old Mexican lady, only to find her doped out on anti-depressant. Finding her is an over-statement, as she does not bother opening the door to let me know that there are no free rooms.

In the non drama version, I take the chance to spend sometime with the beautiful human being who took me  there, and immediately feel at home with him and his friend, who I guess has a way with the ladies, but has found a new little sister in this queerdo. The rest of Martin Luther King Day is spent in a marvelous haze of laughter, and Realness. Pity I did not go all the way from that into the night. But the Universe took it out on all of those who felt bad for it, and I guess I was the only one.

So I am going to share notes, as it is the costume in the XXI Century.